Find your polling place and go exercise the franchise.

Just a note as I saw this in google news: Al Qaeda No. 3 Man Killed.

It just jogged my memory, because here's the version from 2005, and here's 2003. Indeed, this Times of India story from '05 notes that the subject of its piece was the sixth number three to date. I wonder what we're up to now? Moreover, the Times of India has the temerity to throw quotes around "senior" in the phrase "'senior' al-Qaeda operative," and to note:

bq. Although, no one officially described Al-Yemeni as a No.3, the joke in media circles here is that will be the nomenclature for any al-Qaeda suspect besides Osama bin Laden and Ayman Al Zawahiri, the one-two who have evaded capture for more than three years.

I do love the Times of India. So disrespectful of our holy cows.

The point is not that these stories are lies, but to say they are stories, and that their value is as such -- comforting narratives of progress -- not as sources of information. This is generally true of non-investigative press reports based on sources within the military.

It's nothing new, but yet another reminder that you are surrounded by propaganda.

Check the Cali voter guide, y'all.

In a voluntary open-sourcing of the great tradition of secret balloting, here's how I voted:

The little election office over in Eureka is a pretty quaint and friendly little place, and the workers there are very nice and accommodating. As a first-time early-voter, I have to say the whole thing was pretty swell.

Fatigue, Or, Why I Didn't Bother Watching The State of the Union 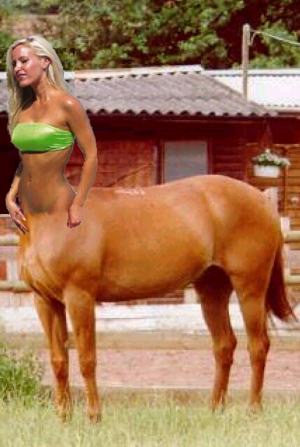 Those were what I called our "salad days."

As one commentator for this Mike Lux post put it, "soaring rhetoric, like most anything else Bush touched, is dead for me for a while." And lately it hasn't even been soaring.

George W. Bush is headed to history's footlocker as possibly the most unpopular president since measuring popularity was invented. He doesn't even have a "Nixon goes to China" to pin on his legacy, just a shitty debt-based economy, a brutal and senseless war/occupation, and a wave of fraud, indictments, and political malpractice that's only going to smell worse as time ripens the pile.

So I didn't really have any interest in watching the State of the Union. G-dubs is haggard and on the defensive. His popularity has been so low for so long, he can't even help out his peeps except by steering clear and trying to keep his stink off 'em. There would be no substantive announcements, and with his lack of political zazz, no entertaining shout outs warning us of "Human-Animal Hybrids" or the like.

Indeed, overall the reviews are tepid and our first-drafters of history seem eager to pass on by this guy, get back to covering the race to replace. People just don't care anymore, not even those of us who many thought were "haters." The Bush administration seems ready to fold up shop with a whimper, which is better than a bang given their predilections, I suppose.

Latest Chris Bowers post has some wonky breakdowns of the upcoming political shenanigans. I'm going to have to vote early/absentee as I'll be on the road Feb 5th. Leaning towards Obama as a Clinton victory here would be decisive for her campaign, and it doesn't look like Edwards will be positioned to pick up many delegates.

If I could only choose one outcome, I would choose Romney winning the Republican nomination, since it should lead to a big Democratic victory in the general election. For my money, that is a lot more important than the differences between Clinton and Obama, and a lot better than struggling to try and scratch out a narrow, come from behind win against McCain.

On a pure candidate level, Huck! remains the strongest GOP challenger, I think. He's their best perfoming politician. However, he's low on cash and really is loathed by Republican insiders and business elites, and the media has decided -- after years of telling us all how important some generic concept of "faith" is in politics -- that an actual honest-to-jeebus believer is weird and icky.

McCain, on the other hand, has the media in a veritable trance and maintains a lot of crossover mystique. At the same time he's shown GOP insiders that he's willing to play ball and has the anti-choice credibility to rope in evangelicals to his coalition. The fact that he seems eager for war will probably not come up as a campaign issue. He'd be a formidable candidate.

Sen. Clinton wins narrowly in Nevada caucuses; Romney takes it in a cakewalk.

Also voting, but not done yet, is South Carolina, a state with an awesome flag:

Down there Obama has been on the upswing among Democrats and McCain and Huck! will fight it out on the GOP side. McCain has the big mo', and it would be sweet vengeance for his 2000 "illegitimate black love child" drubbing at the hands of Rove and Co, but you never know.

On both sides, it's looking like no clear victor until at least Feb 5th, and while media coverage focuses a lot on "winners," the truth is that delegates are won proportionally. Obama and Clinton will get virtually the same number of delegates from Nevada, for instance (UPDATE: bizarrely enough, Obama gets more). It's quite possible that with three or four players splitting the GOP vote, they could go all the way to a brokered convention.

It's Hard To Make It Too Dirty, Baby

Politics is like a good martini, or conjugal relations after a period of disagreement and strife. It's hard for it to be too dirty.

I was driving all day yesterday, but I tuned in to a little Air America AM in th evening to pick up the news that Sen. Clinton came back and beat the polls to edge out Barack Obama in New Hampshire. This is interesting. Here are the takeaways I think are worth noting:

Perhaps Fela Kuti won't be the only (symbolic) Black President.

Obama wins pretty big in Iowa, and largely on the back of massive caucus turnout and a very strong showing with "the kids." That's hot. Stoller has more. Also, Johnny Sunshine and his anti-corporate populism also edged out Sen. Clinton's high-functioning campaign, which was not expected to finish third, which (along with Huck's populism) might push other candidates to at least think about biting the hand that feeds them. This is also hot.

On the GOP side, soft-touch Huckabee takes it, surging past Mitt Romney and his high-dollar machine. Huck!. I think the theater on the Right is kind of better, actually. They're more wild and free.

And now it's on to New Hampshire, where there will be an interesting contest between McCain and Obama -- the two candidates considered to have the greatest crossover appeal -- over independent voters (who can only vote in one or the other's primary). If the trends from Iowa continue, they'll likely split along generational lines.

Adding: I've been pessimistic about all these mofos, but the truth is they'd also all be massive improvements and massive opportunity to push the country forward. They will also all need to be actively whipped to do anything worthwhile. Crisitunity!

Prof. Jeffery Feldman is one of the better individuals I've come into contact through politics. He's a thoughtful, eloquent and good-natured individual, with powerful intellect an ultra-keen ear for language. I just recently came across his campaign roundup post. It's a very good read, especially for someone fatigued and frustrated with the political process as I am.

Feldman basically takes a high-level view of how the major campaigns have been conducting themselves, looking at how they frame their appeals to voters. It's both prescient, and also much more engaging than the usual horserace or battle-of-accusations post.

For those wondering what this primary season has been all about, I suggest giving it a read.