Just so you know

Via Digby: Donald Rumsfeld and Dick Cheney, circa 1970: 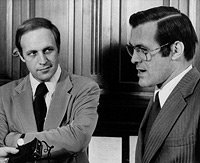 That's right! Rummy and Big Time, at the height of everything. Meanwhile... 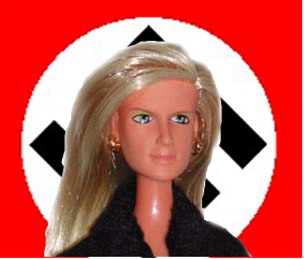 Why hasn't the former spokesman for the Taliban matriculating at Yale been beaten even more senseless than he already is? According to Hollywood, this nation is a cauldron of ethnic hatreds positively brimming with violent skinheads. Where are the skinheads when you need them? What does a girl have to do to get an angry, club- and torch-wielding mob on its feet?

David Neiwert has the background. He's a real journalist who's been covering right-wing extreemists for a while.