Days in the Life

It's been a pretty good week overall. Not without some troubles, but for the most part they are challenges which have been overcome. I'm starting to feel like I'm getting a good pace going. So, here's a step through where things are at:

Work
This has been the biggest weight on my mind lately. We're getting very close to having a truly stable business, but it's (as I've mentioned) a very two steps forward/one step back kind of affair. I've been struggling with my responsibilities. I handle a lot of the day-to-day organization and scheduling of the work that we do -- taskmaster stuff -- in addition to taking on the harder Drupal coding. I've also got more business experience than my partner, so I tend to have the skeptical/devil's advocate role in those discussions.

I'm not used to being in a position like this, and it's definitely a learning experience figuring out peer-leadership. It's good though, because that's the future.

It hasn't been helping that lately we've been under external pressures. Matt had a run-in with the muni track on his bike, and he's been laid up for the past couple weeks. Has a screw in his wrist. Luckily the man has his own health coverage; we're still about a month away from providing.

Then there was tax day, which is never fun, and at the beginning of the month we lost a big high-profile client before we managed to get started, which was a bummer. Things are picking up, but it's hard with a man down. These are a challenges I'm confident we'll overcome, but it definitely adds tension, and just as I'm coming to appreciate how important it is to keep a cool head.

Another Reason Conservatism Is Doomed

Sorry for two politics posts in a row, but this one doesn't quite fit at FM, and it's too juicy to not pass along. Via the pranksters at Sadly, No! comes a real gem:

Turned off by cunninglingus? Eh, a lot of guys don’t dig that. Who the hell knows what’s going on down there. It’s like H.R. Geiger giving up ink and canvas to work in the avant-garde medium of Play-Doh and bacon.

This is a prominent (linked to by more than 2000 others) right-wing blogger, The Ace Of Spades, responding (defensively) to a list of reasons you might be gay.

I'm reminded of an overheard bit of conversation my man The Girth related to me. An older bachelor, speaking to a younger man, said, "man, I love it when I hear some young cat tell me he doesn't like to eat pussy; that's someone's girlfriend I can have."

Which is an over-statement, but contains a kernel of truth: you're not going to do very well with women socially (let alone sexually) if you've yet to overcome the feeling that a meat-eating fish inhabits the vagina of the Terrible Mother.

Democrats! Study Up On Stewart vs. McCain

John Stewart brought his A-Game against McCain, who does well in this format. They maintain an affable and friendly rapport, but Stewart's responses to McCain's talking points are something every Democrat who wants to have a voice on this issue should grok. This is how it's done.

McCain starts filibustering in the second segment -- probably because he realizes that his best chance is to not let Stewart talk -- which is a little annoying. Also, Stewart could have done a better job of returning to the issue of "metrics and timetables" when McCain started talking up the "new strategy," because even if you accept the proposition that the Surge really counts as a new strategy (most honest military observers contend that a 10% increase in troop strength will have little to no impact, which is what we are a seeing) you have to wonder when and how you'll know if it's working or not.

Still, this is something every Democratic contender should study. 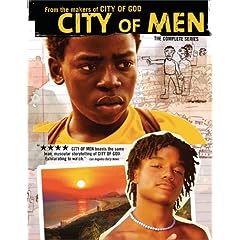 Heady Yoga At The Center, Man

I just took the Monday evening yoga class at the Westhaven Community Arts Center, and it was just what the doctor ordered. Good to touch base with my Hippie roots.

There are a lot of places I haven't stretched out or accessed in quite a long time, and it's more than worth my ten bucks to have an external structure to focus and calm my mind for 90 minutes. I left feeling lighter than I have in quite a while.

It also made me miss my old artsy city life and all the human connections. Things these days just aren't as rich.

Two Steps Forward, One Step Back

Lately my life feels very much two steps forward one step back. It's frustrating. One of my little personal mantras for many years has been Believe in the Divinity of Your Forward Momentum, which becomes harder to do when you're getting jerked around. Nobody likes it when divinity is a tease.

Perhaps I'm a spoiled and petulant man-child who can't handle a setback. Or maybe I'm an uncompromising idealist. Or maybe I'm just impatient.

Currently I'm leaning towards the latter; impatient with a touch of insecurity, which is a deadly combination. It seems that most of the times lately when I've been uptight or freaking out about something, a few days later things change and everything is alright.

For instance, I'm about to go and write myself a paycheck for the month of March, 20 days late. It's not super-awesome to be behind on this, and the whole month-to-month business thing produces the same kind of stress -- though obviously less dire in nature -- as living paycheck to paycheck did back in the day. Yesterday I was upset about it. Today we finally got one of our clients to pony up, and things suddenly look better.

This kind of manic swing is the sort of thing that doesn't really help, and which I'd frankly like to buffer on out of my life going forward. It's a pattern that goes far beyond my work experience. Something to think about for sure.

The taxman cometh, and he requires of me about seventeen thousand dollars. Yeah, that's right. I grossed a little over fifty G's last year, and because I ride that crazy "self employment" train the IRS wants a big piece of the pie. It's no biggie though: compared to, say, Bank of America, the Internal Revenue Service is a paragon of reason, patience, and customer service. Plus, their juice is only six percent.

The truth is that I sunk all my spare income over the past year into starting a new business and in paying off my high-interest credit card debts. That this now leaves me with a massive tax liability and no savings is a little annoying (Redman wants out!), but it's a much better position compared to being square with the government, but without a growing small business and eight or nine grand in hock to the corporate shylocks.

Hell, by the time I pay this off -- I'm guessing the end of the year or so -- we might even be on our way out of Iraq, so maybe I can think of it as a kind of war-tax resistance.

That said, I'm actually fine with paying taxes. I don't want to pay more than I have to, but I tend to think that for all its faults this old US of A has some pretty good perks. Freedom isn't free, bitches. Besides, a bigger portion of the money I owe goes towards Social Security (which I believe in) than the Pentagon anyway.

Here's to funded retirement and an end to empire!

Congratulations are in order for Mr. Yarwood, who successfully completed the Boston Marathon in under four hours, raising several thousand dollars for needy children. That's what I call Lunch Truckin'.

Shooting For The Stars

Rolling over the clouds, chasing the sun, looking back at the expanding crescent of the earth's shadow in the sky behind, it hits me all over again.

I'm going to have to find my own way.

And the only way that works is if I've got the pride, ego, confidence, vision or whatever you want to call it to make it happen on my own terms. I spend a lot of time second-guessing myself and guarding against hubris -- a well-known tragic flaw -- but it's too late at this point to hope that some ordained path will mystically arise. I'm not destined to fit into a "career track," too independent (cocky) to go into apprenticeship, and I'm certainly not going to find some guru to hand me down my purpose on a silver platter. That much is clear by now.

My experience as a performer (and with a few other things) has given me a bedrock belief in my power to create moments of sublimity, to temporarily transcend the normal boundaries and limitations of humanity and make contact with the divine. It's real, glorious even, but also ephemeral. You can't live it, although you can do your damnedest live for it, by it, and through it. For better or for worse that's how I roll; seeking the edge.

This past year and a half I've struggled with my rambling nature, trying to settle down in one way or another. It hasn't really taken. I've learned a lot about myself and gotten into some really great things -- and so I have no real regrets -- but I'm coming to the conclusion that now is not the time for me to put down roots in the conventional sense, and indeed that "conventional sense" may simply not apply.

I'm on my 12th day of travel and I'm beat. Currently I'm tanking up at the office and fixing to meet with some do-gooders downtown and then make the haul back to the HC.

I'm ready to go home and take a weekend off.